On May 9, 1961, the Chairman of the Federal Communications Commission, Newton Minow, shocked Americans by declaring commercial television programming to be a “vast wasteland.”  And you thought TV today was lousy!

Appointed as Chairman of the FCC by President Kennedy, Newton was giving his first speech in office to the National Association of Broadcasters, not exactly the audience likely to agree with him.  Minow went on to rail against all the game shows, slapstick comedies, phony portrayals of family life and the violence, which though tame by our modern standards, must have been shocking to Puritanical prudes such as Newton. 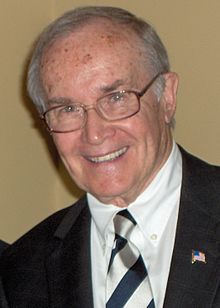 Newton even complained about all the cartoons on television!  (Back then, I personally really liked cartoons, but I was a little kid.)  At least he was right when he denounced the incessant commercial ads that polluted the airwaves.  (Back then TV came on airwaves, not cable.)

Apparently a friend of Minow’s had watched 20 hours of television straight through and remarked that it was “a vast wasteland of junk,” a phrase Newton borrowed and shortened for his speech.

Not just a complainer, Newton was advocating a more refined program format for television with informative and educational shows, you know, the boring stuff few people watch on PBS.  Regardless of his intent and the high position he held, it seems little has been accomplished in regards to most network programming, although in fairness to the medium of television there are many more interesting historical, scientific, educational and documentary type shows today than there were back then, although we do have to contend with idiotic “reality” shows.  Can you imagine what Newton would have said about Jersey Shore or The Kardashians????

This image is a snapshot of the title card used in the MTV reality series, Jersey Shore (2009–2012).

Question for students (and subscribers): Tell us which modern shows you think are the absolute biggest wastes of television airtime, and if you would like, also the best in the comments section below this article.