On June 2, 1763, as part of a general Indian (Native American) uprising known as Pontiac’s Rebellion, Chippewa warriors captured Fort Michilmackinac (present day Mackinaw City) by storming the fort.  How did they get in?  By playing lacrosse and pretending to chase the ball into the fort, taking the defenders by surprise.

Throughout history, military minds have used trickery to fool their enemies, sometimes with great success.  An ancient example would be the Greeks using a giant wooden horse secretly filled with Greek warriors left at the gates of Troy.  Thinking the horse was a peace offering, as the Greeks had gone back to their ships and appeared to sail off back to Greece, the duped Trojans brought the horse into their city and celebrated their victory.  At night, while drunken Trojans slept, the Greeks in the horse crept out and opened the city gates, allowing their comrades in to slaughter the inhabitants and sack the city. 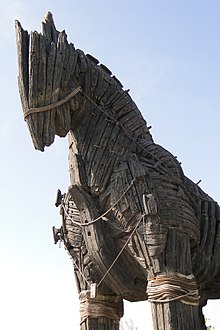 Of course, camouflage is a form of trickery, and can be quite effective at hiding people and equipment.  Modern clothes printing techniques make convincing camo available to hunters, and the military now uses a computer generated digital pattern to help hide their soldiers and Marines.  Although not “realistic” looking, the digital camo is actually more effective than leafy prints.  Modern camouflage nets are not your father’s burlap strips on a net.  They consist of special materials that dissipate radar waves and foil infrared detection.  Stealth aircraft are an extreme (as in extremely expensive) method of camouflage.

During World War II, numerous massive efforts at trickery were employed, including the painting of bomb craters on runways to fool enemy reconnaissance planes into thinking bombed airfields were not repaired and in use.  In North Africa trucks and jeeps pulled brushy bushes and the like to create large dust trails mistaken by the enemy to represent large troop movements.  In Southern England the Allies used false radio traffic and inflatable tanks and trucks to fool the Germans into believing the coming Allied invasion of France would take place at Calais instead of Normandy.  General George Patton was used as a centerpiece of this deception.  The Germans fell for this deception hook, line and sinker. 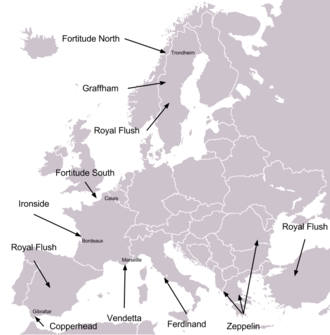 The D-Day naval deceptions made up one part of Operation Bodyguard.

A feint, or pretending to attack in one place when actually attacking in another is a common military technique, and was amply demonstrated in the Gulf War of liberation of Kuwait from Iraq in 1991.  US Marines and Navy units demonstrated off the coast of Kuwait causing the Iraqis to believe an amphibious assault would take place, but the threatened landings were a ruse to distract from the Army’s “left hook” or “Hail Mary” attack that came around from the opposite side.

Fiendish ways of tricking the enemy also include pretending to be friendly units on the radio and getting one side to bomb or shell their own people.  This was done with great success against US forces in Viet Nam.  Using electronic signals to lure ships and planes off course is also employed.  Codes and cryptography can also be considered part of tricking the enemy. 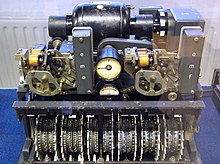 During World War I and World War II ships were disguised as harmless cargo vessels, but were actually heavily armed wolves in sheep’s clothing (Q-ships and the like).  Un-wary submarines thought they found easy prey and were surprised when their prey blew the sub out of the water.

Trickery always has been and apparently always will be a vital part of military operations.  What are some of your favorite examples of military tricks and ruses?

An inflatable dummy Sherman tank, one of many deceptions that Jasper Maskelyne (1902–1973) claimed to have created