On December 30, 2018, we at History and Headlines take a moment to remember some of the notable people that died this year.  (Yes, we know there is an entire day left in the year, so we will update the article to include any last minute deaths of note.)  As always, we invite you, the reader, to nominate any other worthy people that died in 2018 that we neglected to mention, especially as we are not trying to name every single person of minimal celebrity that died.  If you choose to mention a person that died, please include cause of death.  As our list is partial, and American-centric, our international readers are especially invited to name people we neglected to mention.  Since over 55 million people died in 2018, we may have missed a few!  Honorable mention: Among the many famous animals that died in 2018 was Koko, a lowland gorilla famous for learning sign language, dead at the age of 46. 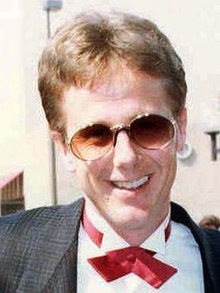 Bernardo Bertolucci (Italian filmmaker, including The Last Emperor and The Last Tango in Paris)

Anthony Bourdain (television gourmet who traveled the world in search of interesting foods and author, a suicide victim)

R. Lee Ermey (better known as, The Gunny, this former US Marine became famous in Full Metal Jacket and went on to a great career in film and television)

Lewis Gilbert (director with 3 James Bond films to his credit)

Robin Leach (television host of Lifestyles of the Rich and Famous)

Stan Lee (creator of legendary Marvel comic book superheroes Spider-Man, The Hulk, Fantastic Four, Black Panther and many others that became the subjects of numerous blockbuster films in which Lee had memorable cameos)

Burt Reynolds (once the biggest star in Hollywood, star of such films as Deliverance and Smokey and the Bandit)

Neil Simon (writer of over 30 plays, receiver of more Oscar and Tony nominations than any other writer)

“Clint” Walker (iconic strong and quiet type actor, famous as television’s Cheyenne and a star of The Dirty Dozen in 1967) 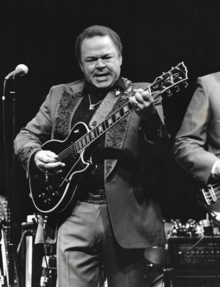 Dennis Edwards Jr. (singer with the Contours and lead singer of the Temptations after 1968)

Aretha Franklin (Soul Sister #1, known as “The Queen of Soul,” perhaps the greatest R&B female singer of all time)

Dolores O’Riordan (lead singer of the Cranberries, authorities failed to reveal cause of death for months, eventually stating drug and alcohol use leading to drowning in the bath) 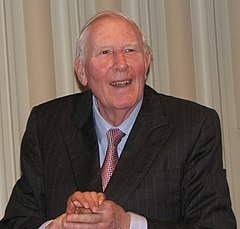 Sir Roger Bannister (doctor and runner, the first human to run a mile in under 4 minutes)

Alan Bean (American astronaut that walked on the moon as part of Apollo 12, the 4th human to do so)

Oscar Gamble (major league baseball player and owner of the best “afro” hair-do in baseball, 17 year major league veteran and speaker of the immortal line, “They don’t think it be like it is, but it do”)

James R. Stillwagon (college and pro-football player, winner of the Outland Trophy and Lombardi Award for his play with Ohio State Buckeyes, including National Championship 1968 team)

Question for students (and subscribers): Which of these famous people that died in 2018 do you consider the biggest loss to humanity?  Are there any people listed you did not realize had died?  What people did we not list that you would have included on the list?  Please let us know in the comments section below this article.

The featured image in this article, a photograph from 7 August 2018 by Sergio Perez Perez of O’Riordan’s and her father’s tombstone at Caherelly Cemetery in Herbertstown, was originally posted to Flickr by bresergioperez at https://flickr.com/photos/133709534@N08/43195263644. It was reviewed on 8 August 2018 by FlickreviewR 2 and was confirmed to be licensed under the terms of the cc-by-2.0.  This file is licensed under the Creative Commons Attribution 2.0 Generic license.