On May 31, 455, Western Roman Emperor Petronius Maximus was stoned to death by an angry mob, an ignoble end to a world leader.  Back on April 27 of this year History and Headlines featured “10 World Leaders That Met Gruesome Deaths.”  We teased about a sequel and here it is, 10 more leaders that did not end well.  Are there even more?  Tell us who else belongs on this list.

Not a particularly good guy himself, Maximus was probably involved in the murders of other Roman leaders including the previous emperor, Valentinian III, in order to take the throne.  Maximus’s reign was only about 75 days before he was battered with stones and then mutilated.  Just three days after his death, Germanic barbarians called the Vandals captured and sacked Rome, a key event in the decline and fall of the Western Roman Empire, which also gave rise to the term “vandalism.” 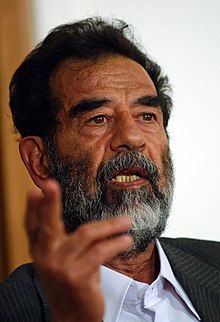 After ruling Iraq with an iron fist from 1979 to 2003, Hussein got a taste of his own medicine.  Reportedly having executed many political enemies over the years, he finally got his comeuppance when he was hanged in 2006, the noose ripping a gaping wound in his neck.  Of course, insulting him and jeering at him during his execution was not enough for his Iraqi executioners, so as he dangled, they also stabbed him 6 times.

Paul was a sickly boy and was not too cerebral, to boot.  His mother, Empress Catherine, did not even want him to inherit the throne of Russia as she preferred Paul’s son, Alexander.  Paul did grab the throne when Catherine died and his reign was unpopular, with rumors of his mental instability undermining his rule.  Paul also alienated the military, so one night a group of generals that he had fired entered his chambers and choked and trampled him to death.  It would appear when you really hate someone, if shooting or stabbing is not good enough, perhaps a good trampling will make you feel better.

Kind of unusual for a female leader of a country to be assassinated in the 21st century, but this anomaly is what happened to the prime minister of Pakistan.  At a campaign rally while she was standing up in the sunroof of her armored limo, gunmen attacked, shooting and wounding her, and then throwing a bomb at the car which caused her head to get smashed, killing her.  Once again, Al Qaeda was involved with the assassination in which at least an additional 20 people were killed. 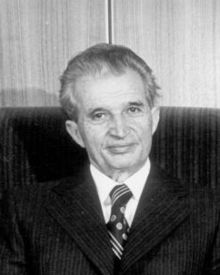 Ruthless in his use of the Romanian secret police, this dictator of Romania was captured by rebels and ordered to be shot.  Hundreds of soldiers volunteered for the duty, and just as soon as Ceausescu and his wife were put against a wall the shooting started, continuing while they fell to the ground, so many bullets striking that the dust kicked up by their strikes on the ground and wall obscured the bodies.  Film of the execution was quickly made available worldwide and was shown on Romanian television.

The leader of The West Bank Battalion terrorist group and also the chief bomb maker for the anti-Israeli Palestinian group, Hamas, Ayyash, whose first and last name have 4“y”s total, was known as “The Engineer.”  The Israeli secret agency, Shin Bet, managed to get a cell phone to him which was packed with RDX explosive.  While Ayyash was on the phone, the Israeli command detonated the explosive which of course resulted in a massive head wound, killing the terrorist.  Israel was condemned by many in the press for the assassination, which the Israelis neither confirmed nor denied having committed.

Getting shot and killed by itself is fairly common, but dissident members of the Nation of Islam took it a step further when they created a disturbance as Malcom X was about to give a speech, and then blasted him in the chest with a sawed off shotgun loaded with buckshot pellets, round lead balls about a third of an inch in diameter, not little birdshot BB’s, and then shot him another dozen or so times with semi-automatic pistols.  Close range buckshot fire leaves massive wounds worthy of a scene in a horror film.

As seen on the History Channel series Vikings, Ragnar raided Britain and France, looting, murdering, and pillaging, thus giving us the stereotypical image of the Viking raider.  When he was finally captured by King AElla of Northumbria, it was Ragnar’s turn to be taught a lesson in cruelty.  AElla had him tossed into a pit of venomous snakes, which had to be a pretty horrible way to die.  This event is also depicted in the 1958 movie, The Vikings, with Ernest Borgnine as Ragnar.  To our knowledge, Ragnar remains the  only significant leader to be killed in this manner. 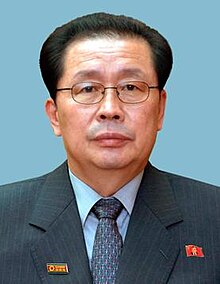 Second in command of North Korea to the notorious Kim Jong Un, Jang was allegedly escorted from government chambers without warning, stripped naked, and thrown into a pack of 120 hunting dogs.  The leader of North Korea allegedly ordered this act of violence against his own uncle!   Just to be sure the dogs would kill Kim’s uncle, the dogs were supposedly not fed for 5 days prior to the execution.  Reportedly, Kim and about 300 government officials watched the hour or so of Jang being eaten alive.  Presumably, the government officials that saw this bizarre event will behave, carefully behave, but did this particular incident actually occur in the manner just described?  While Jang does appear to have at least been executed, the exact method of execution is disputed. 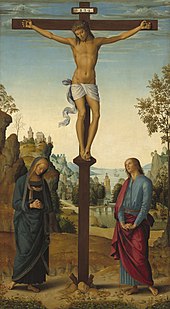 The Roman penalty for treason or fomenting rebellion was crucifixion, and it would seem they were not reluctant to use it.  Whipping Jesus bloody, pounding a crown of thorns in his head, and nailing him to a cross where he was expected to linger for an agonizing day or two was their idea of punishing someone that preached peace, turn the other cheek, and love for their fellow man.  As if the horror of crucifixion was not bad enough, a Roman soldier also stabbed Jesus in the side just to make sure he was dead.  Fortunately, the ordeal lasted only 3 hours.

Question for students (and subscribers): Which world leader do you think had the most gruesome death?  Please let us know in the comments section below this article.

The featured image in this article, a photograph by Classical Numismatic Group, Inc. (http://www.cngcoins.com) of a Petronius Maximus AV Solidus (4.40 gm), Rome mint, from 455 AD, is licensed under the Creative Commons Attribution-Share Alike 3.0 Unported license.