10 Oppressed Minorities Around the World On May 13, 1998, Jakarta (or Djakarta) Indonesia experienced race riots directed against the ethnic Chinese minority. These Indonesians of Chinese descent owned many of the shops and stores, creating jealousy and ill will, resulting in looting and rape. Many countries have minorities that are discriminated against, either officially by law or by common practice. Here in the US we are most familiar with discrimination against African-Americans, but here and around the world there is much more than that. Here are 10 examples of minority groups struggling against such oppression. What groups would you add to this list? (We know, Latin Americans in the US, but that is soon going to be a moot point when the Latin population becomes the largest ethnic group in the US within a few decades.) 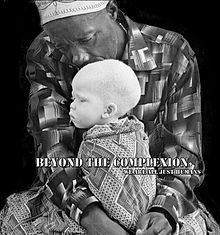 Albinos among the Negroid populations of Africa are commonly perceived as objects of fear and loathing. Witchcraft performed as part of native religions often results in the murder of human albinos, and to a large extent people afflicted with the disorder are shunned. Suffering from vision problems and sensitivity to the sun, albinos have it hard enough without the extreme discrimination from their fellow humans.

Enterprising people from the Indian sub-continent have emigrated to Africa and worked hard to open businesses, becoming a shopkeeper class in many areas. Local native Africans frequently have resented the success of these immigrants and have sometimes reacted violently toward them, venting their envy and resentment. This backlash against newcomers perceived as making money off the poorer natives is manifested around the world, such as against the Arab, Korean and Indian store owners in American ghettos and the Chinese merchants described in the introductory paragraph.

Muslim populations in China occasionally make it to the international news when the Chinese government harshly cracks down on them for protesting or advocating change. With 1 to 2% of the Chinese population being Muslim (perhaps 20 to 40 million people) 10 of the 55 Chinese minorities are Islamic. Most of the Chinese Muslim population is well integrated with the rest of the country, but it is the Uyghur people of the far western part of the country that have earned the enmity of the government by advocating for their own separate country (Uyghurstan?) This population of around 8 and a half million people feels oppressed and yearns for independence.

7. Catholics, US and others.

It is hard to believe that the largest single religious denomination in the United States can be an oppressed minority, but of course when you add up all the Protestant denominations (and others) Catholics are greatly outnumbered. Catholics have been targeted by the Ku Klux Klan and in states like West Virginia and Indiana have been attacked and harassed. Only with great controversy was John F. Kennedy elected the first (and only) Catholic president of the US, and only after he made a famous speech announcing his independence politically from the Vatican. Just as Jews and African-Americans, Catholics have been historically excluded from some exclusive clubs and organizations, although in the past few decades laws against religious discrimination and an easing of public bias has somewhat relieved the situation. The fact that many US Catholics were of Irish, Italian, Spanish and Polish descent became part of the prejudice against those groups. There is still tremendous unspoken scorn, fear and disdain for the Roman Catholic church and other countries predominantly Protestant, Communist, Muslim or Buddhist discriminate against either all Christians or Catholics specifically. 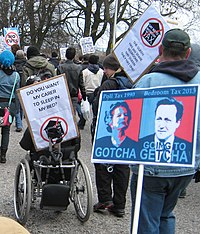 Luckily, in the US with the Americans with Disabilities Act (ADA) the circumstances for these people are changing, and other progressive countries are doing similar things, so this group may rank much farther down the list in the future. Still, anywhere there are stairs and no elevators or ramps, narrow doorways, high door sills, bathrooms not adapted for handicapped use, street curbs and other monumental obstacles for the mobility of people suffering from limitations there is tremendous disadvantage for them. Although most people do not say so, handicapped and disabled people rarely get a job they are qualified for and can ably accomplish because of perceptions that they are less capable or will be a “problem” somewhere down the road in the workplace. Even physical appearance outside the norm (such as burn victims, cancer victims, and other disfigured people) results in discrimination in many aspects of how these people are treated by others. The mobility part of this problem is changing, but the rest is changing ever so slowly if at all.

Kurdish people understandably wonder how many other ethnic groups have gotten their own country in recent years and they get ignored. In Turkey and Iraq the Kurds are treated like captive people and insurrections are put down harshly. Left wondering what hit them when George H. W. Bush encouraged them to revolt from Iraq in 1991 and the US failed to supply the expected assistance, the Kurds were once again beaten back into submission. Apparently pressure from Turkey, a US Nato ally, keeps the US from orchestrating a Kurdish state on the Iraq-Turkey border.

4. Native Americans, US and Canada. 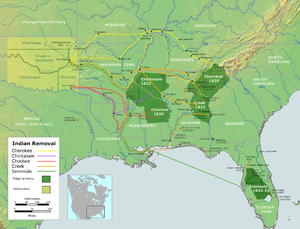 Laws are one thing, but practices are another. Native American populations were given “reservations” to exist on land a fraction of the size of their original territory, usually with a minimum of resources (as apparent at the time of drawing the borders) and poorly suited for farming and animal harvesting. Ill will toward the scorned and defeated native people of North America remains to this day, as witnessed by the insensitivity to the persistent clinging to racist sports names like the Cleveland Indians (with their Chief Wahoo), Washington Redskins, and Atlanta Braves.

With all the news about the Arab-Israeli conflict and the hate mongering speech against Israel and Jews by officials from Iran and other countries, you may not realize that Jews live in many of those countries. Many Jews lived in Iran until the 1979 Islamic revolution convinced most of them to get while the getting was good. In Islamic countries, Jews are usually officially second class citizens and denied certain rights, such as voting. Of course, historically Jews have been discriminated against pretty severely at times, such as in Spain with the Inquisition and in Germany during the Holocaust. Russia and the Ukraine have historically conducted pogroms against Jews, and other supposedly liberal countries have had many cases of discrimination as well (such as the KKK in the US).

2. Palestinians, Israel and other Countries.

Like the Jews in Muslim countries, Palestinians in Israel do not have 100% of the rights and privileges of Jewish citizens. Israelis seem to think Palestinians have a homeland, and that it should be Jordan, but Jordanians think differently. Most other Arab countries do not welcome Palestinians and allow them to work low class jobs in service industries.

1. Women and Girls, Muslim Countries (and others).

The largest group of people listed here, female humans are not even a real minority as they outnumber men around the world. Still, in Muslim countries more than others they are discriminated against by law and by public sentiment. Not allowed to drive cars, initiate a divorce, make contracts, go to certain places, and forced to obey dress codes in some countries, women are second class citizens in much of the Muslim World. In China with a law limiting families to one child, female babies are sometimes killed, and in modern countries female fetuses are often aborted. A common practice in countries ruled by Islamic laws is “female circumcision” or the removal of the clitoris of young girls, so that as women they are denied even pleasure from sexual activity. In Pakistan sentiment is so strong against girls being taught to read that a teen aged female activist was the victim of an attempted assassination. Even in the United States where women are by law “equal” there is controversy today over the statistic that women employees earn only 77% as much as a man doing the same work, and getting a law passed mandating equal pay for equal work seems impossible.

Question for students (and subscribers): Which groups have been most oppressed in history and why?  Please let us know in the comments section below this article.

Riddell, John.  Workers of the World and Oppressed Peoples,Unite! Proceedings and Documents of the Second Congress of the Communist International, 1920 (Volume 1).  Pathfinder Press, 1999.

The featured image in this list, a photograph of shops looted and goods burned on the streets in Jakarta, 14 May 1998, by the Office of the Vice President of The Republic of Indonesia, is in the public domain in Indonesia, because it is published and distributed by the Government of Republic of Indonesia, according to Article 14 item b of the Indonesia Copyright Law No 19, 2002.