Tuesday, February 25
Trending
You are at:Home»January»January 6»Is January 6th The Real Christmas?

It is January 6th, Merry Christmas!  Or wait, is it just Christmas Eve?

Christmas is an annual festival, commemorating the birth of Jesus Christ.  Although currently in the United States of America, Christmas is mostly celebrated on December 25th, it is not the case with various Christians elsewhere in the world. 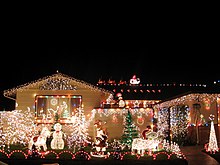 Why the confusion and different days to celebrate the same event?  Because there is nothing definitive in the Bible about the date of Jesus’s birth.  Thus, for hundreds of years Christians all over followed whatever schedule their particular church leaders established.

The coronation of Charlemagne on Christmas of 800 helped promote the popularity of the holiday.

Even Spring dates in April or May have been suggested!  Perhaps some early Christians thought of the birth of Jesus as a sort of a rebirth of the earth, like the spring season?  In any case, there is no universally agreed upon historical evidence in support of a proper date.  Unfortunately, we do not (yet) actually know for certain when Jesus was born.

Some scholars theorize that a date close to the winter solstice was chosen to take the place of or compete with pagan holidays celebrated at that time, but that is also just a matter of conjecture.  While various scholars read into the Bible or other sources and somehow divine justification for naming one date or another as the “real” Christmas day, the matter remains wide open to debate.

A depiction of the Nativity scene

No matter which date you prefer, if you celebrate Christmas, we wish you a happy one!

Question for students (and subscribers): Does it matter if Christmas is celebrated on the actual day of Christ’s birth?  Please let us know in the comments section below this article. 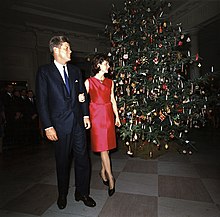 The official White House Christmas tree for 1962, displayed in the Entrance Hall and presented by John F. Kennedy and his wife Jackie.

Our main source for this entry on History and Headlines was the online article available here, but additional information on Christmas in general, particularly the holiday’s evolution and controversies, can be found in the following books, which we recommend by read in the below organized order:

Aveni, Anthony F.  The Book of the Year: A Brief History of Our Holidays.  Oxford University Press, 2004.

Nissenbaum, Stephen.  The Battle for Christmas: A Social and Cultural History of Our Most Cherished Holiday.  Vintage, 1997.

Gibson, John.  The War on Christmas: How the Liberal Plot to Ban the Sacred Christian Holiday Is Worse Than You Thought.  Sentinel Trade, 2006.

The featured image in this article, “Merry Christmas” appearing on the world’s first commercially-produced Christmas card, designed by John Callcott Horsley for Henry Cole in 1843, is in the public domain in its country of origin and other countries and areas where the copyright term is the author’s life plus 70 years or less.