On September 26, 1944, Operation Market Garden came to an end, failing to take all the objectives and suffering greater losses than the Germans, a fairly unusual occurrence at that point in the war.  Normally maddeningly conservative, Field Marshall Bernard Law Montgomery placed his faith in a rapid advance to and across the Rhine by seizing a series of bridges including parachute drops on a large scale.

Particularly unsuccessful was the assault on the bridge at Arnhem over the Rhine, the most important of all the bridges targeted.  British paratroopers briefly held one end of the bridge, but could not maintain possession when reinforcements did not arrive.  The end result of the costly operation was no real advantage gained.  Allied losses included as many as 17,200 casualties, the loss of 88 tanks, and the loss of 144 transport aircraft.  German losses were somewhere between 3000 and 13,000 casualties (around 6000 to 8000 most likely), 30 armored vehicles, and 159 aircraft.  Montgomery’s boast of finishing the war by Christmas rang hollow at this point and months of combat remained. 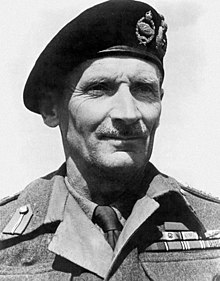 Market Garden strategy as envisioned by Montgomery and sold to the overall Supreme Allied Commander, General Eisenhower, was to stop the “broad front” assault on Germany and allow Monty to concentrate a narrower front in a lightning advance led of course by himself.  The plan relied on almost simultaneous seizing of the target bridges in order to succeed.  The parachute drops would be the largest airborne operation in history.

Montgomery and other Allied officers considered the Wermacht to be a defeated force, on the ropes and ripe for the picking.  In reality, the German Army still had a lot of motivated soldiers and more equipment than realized.  Additionally, the Germans had done the obvious and planned the defense of the river and canal crossings coveted by the Allies.  Worst of all, a couple of German divisions were located at or near Arnhem to rest and reequip in what the Germans thought was a “safe” area. 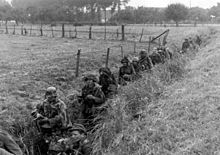 Allied paratroopers got a big surprise when they landed in the Arnhem battle area, with so many more Germans than were anticipated.  Success was virtually impossible at this point, despite a mighty effort by the Allies to force a victory.  German anticipation of a ground offensive toward Arnhem and other bridges combined with the fateful decision to quarter so many troops in the area led to failure of the Allies to reach the main objective of the operation.

Montgomery, ever the self-aggrandizing showman and promoter, claimed a massive victory, dwelling on those parts of the plan that succeeded and trivializing the important parts that failed.  This difference of opinion about the relative success or failure of Market Garden would strain relations between British and American commanders for some time, even past the end of the war to some extent.  An American blunder during the operation was the loss of a complete set of plans to Market Garden, captured by the Germans.  The officer that lost the plans should not have carried them into battle. 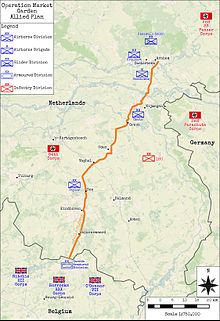 Operation Market Garden is remembered in the book (1974) and movie (1977) both named A Bridge Too Far, as well as other print and film accounts of the battles.

Poor weather (clouds), poor preparation, haste, greed, and inadequate information about the enemy doomed the operation.  In any case, Allied victory was virtually inevitable, and came in less than a year. 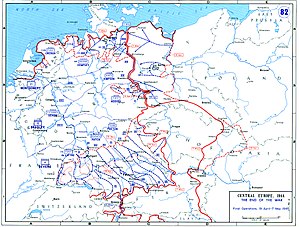 The final operations of the Western Allied armies between 19 April and 7 May 1945 and the change in the Soviet front line over this period.

Question for students (and subscribers): Do you think Market Garden was a success or failure?  Why?  Please let us know in the comments section below this article.  (See also our list from September 25, “10 Famous Battles at Bridges.”)

The featured image in this article, a photograph of parachutes opening overhead as waves of paratroops land in Holland during operations by the 1st Allied Airborne Army in September 1944 from https://www.archives.gov/research/military/ww2/photos/images/ww2-109.jpg, is a work of a U.S. Army soldier or employee, taken or made as part of that person’s official duties.  As a work of the U.S. federal government, the image is in the public domain.