On April 6, 1941, German forces commenced the invasions of Greece and Yugoslavia.  The Second World War was a conflict that left tens of millions dead, perhaps even as many as 60-80 million.  Being such a monumental historical event, many motion pictures have been made about the war, and in a follow up to our previous article on the “10 Best World War II Movies,” here we list 10 of the worst ever.  If we hurt your feelings by listing some of your favorites in the “worst” list, please know that we actually like some of these as well.  There are so many horrible WWII films, and we actually had to go through over 1,200 of them to pick these.  If you do not find the ones you hate the most, that is why.

Not to be confused with the actual wartime version or the modern Avengers version, this made-for-television version has a hokey presentation that resulted in “mixed” reviews from critics.

This move is about gargoyles that have been brought to life by the Nazis to take down Allied bombers.  Not only is the premise of the movie stupid, the movie itself is laughable.  When the gargoyles take down an American plane, the crew, aided by partisans, fight the monsters with a magical spear that had been taken from the grave of a knight.  Lastly, the acting is bad, and the special effects are out of date.

This tired plot deals with the Nazi genetic engineering of a super soldier to fight the Allies.  The super soldier’s weapon is some sort of electrical charge that he can attack with, although he also uses a machine gun on his arm.  The Nazis decide to scrap the project but cannot control their creation.  The film also features mutated monster dogs who also happen to be electrically charged. 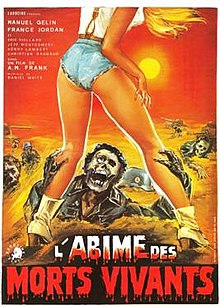 Described by one critic as “Eurosleaze,” this movie is about treasure hunters of Nazi gold who run into Africa Corps soldiers who have turned into zombies.  Strangely, this film is not the only movie featuring zombified Nazis.

The fact that this movie is a romantic drama puts it in the terrible category all by itself, as we prefer war films to be about war.  For some viewers, sitting through what they perceive as 162 incredibly boring minutes to get through this film feels like torture.  Only Willem Dafoe keeps this actually critically-acclaimed film out of the top spot on our list.  The movie is somewhat of a tearjerker as well, culminating in assisted suicide.

This blatantly propaganda flick puts a mad scientist in the employ of the Nazis to make an invisible man using the formula stolen from the grandson of the original invisible man.  The good guy grandson escapes with the formula and uses it himself to become an invisible secret agent against the Axis powers.  For some reason, the scene where Hitler gets kicked right in the rump was deleted. 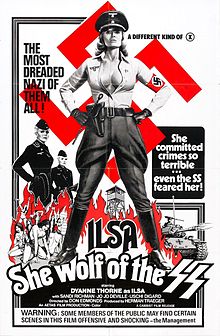 This controversial movie stands in for all Nazisploitation movies, a sub-genre of sexploitation film.  Oddly enough, there are quite a few films in this sub-genre. 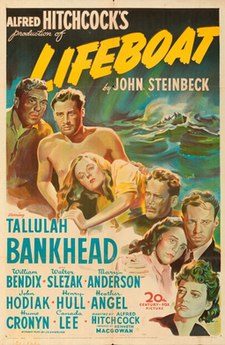 In Lifeboat, an Allied ship and a U-Boat sink each other.  The lifeboat contains Allied survivors and an evil, plotting Nazi Captain from the U-Boat.  Although many praise this film, others do not find much redeeming about this film.  Common criticisms include claims that the acting is bad, there is no breathtaking scenery, and the supposed tension among the survivors is flat.  To complete the propaganda, after the Nazi Captain is finally thrown off the boat, the lifeboat later picks up another German sailor who proves just as treacherous as the first.  Even today, some still find it hard to believe this film was directed by Alfred Hitchcock and even nominated for a few Academy Awards.

In this film, U.S. and Italian troops decide to take a break from fighting to play soccer, and a party breaks out.  Of course, stereotypical Nazis try to crash the party…  Despite a cast of big stars, this film, directed by Blake Edwards whose style is not everyone’s taste, is maligned as hokey, stupid, and plain not good.

Uwe Boll wrote, directed, and starred as Adolf Hitler in this movie.  This film is actually a spoof of the incredibly campy BloodRayne: The Third Reich.  The spoof features a morbidly obese young lady who is a “dhampir,” or rather a human/vampire crossbreed.  A vampire hunter, she is after a large part of the Nazi hierarchy.  It is actually somewhat funny, but of course not to be taken seriously as it is likely intentionally bad.

Question for students (and subscribers): What movies would you have included in this list?  Please let us know in the comments section below this article.

Adams, Michael.  Showgirls, Teen Wolves, and Astro Zombies: A Film Critic’s Year-Long Quest to Find the Worst Movie Ever Made.  It Books, 2010.

Davenport, Robert R.  The Encyclopedia of War Movies: The Authoritative Guide to Movies About Wars of the Twentieth Century (The Facts on File Film Reference Library).  Facts on File, 2004.

The featured image in this article, an illustration of the Axis invasion of Yugoslavia, has been released into the public domain worldwide.